Kahlúa is the flexible star of a number of delicious cocktail recipes, so it's easy to discover a way drink Kahlúa that you love. You can sip the coffee liqueur by itself over ice, but don't count it out for other mixed drinks. Kahlúa blends beautifully with a number of mixers to create delicious cocktails.

Drinks With Kahlúa and Vodka

Kahlúa and vodka is a classic combination that goes beautifully together because the neutral flavor of vodka perfectly complements the coffee-flavored liqueur. There are a number of traditional Kahlúa drink recipes you can make with vodka.

The Black Russian is the most basic Kahlúa and vodka cocktail, and it's super easy to make. 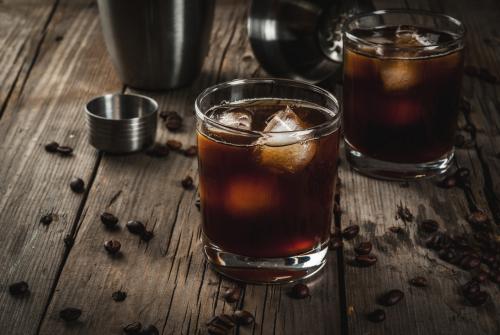 The white Russian cocktail expands the above simple recipe further with the addition of heavy cream. Be sure to use heavy cream because the fat content keeps the vodka from curdling the dairy. 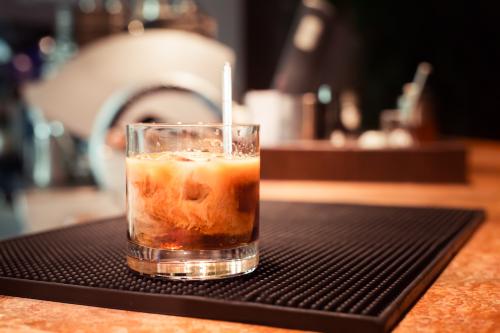 The mind eraser cocktail is a delicious combination of Kahlúa, vodka, and club soda. There are also other variations for this delicious and easy to make mixed drink.

The mudslide is like dessert in a glass. It's a creamy, sweet, delicious drink that's the perfect end to an evening.

Espresso and coffee martinis are very popular right now. This one is simple to make and delicious. 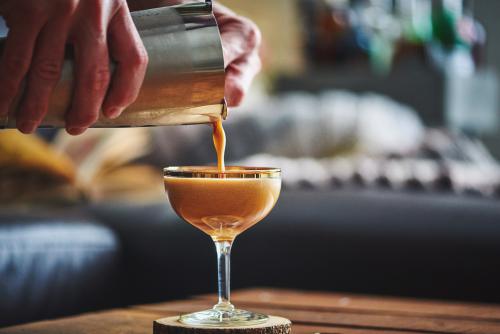 Cocktails With Kahlúa and Coke

At first glance, Kahlúa and Coke or another cola may seem like an odd combination but in fact, the dark coffee notes of the Kahlúa complement cola's complex flavors.

The simplest form of Kahlúa and coke is a straight up mixture of the two, and it's quite tasty. 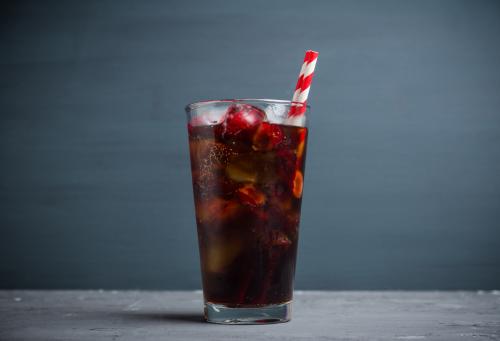 Kahlúa offers a simple recipe for Bulldog fans made with Kahlúa, vodka, heavy cream, and cola. But don't worry - regardless of which college team you cheer on, this drink is a beauty. 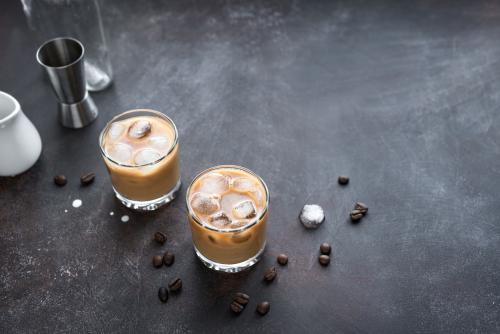 Are you a fan of the ice cream float with Coke? Then you'll love this creamy adult dessert treat. Kahlúa offers complexity to this tasty ice cream float. 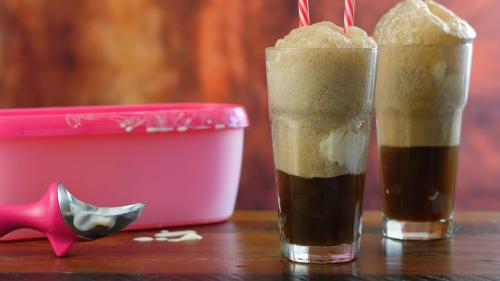 Before there was cherry-flavored Coke, there was the traditional cherry cola made with cherry juice. This grown-up version takes it a step further, adding Luxardo cherry liqueur and Kahlúa for a boozy spin on a soda fountain favorite. 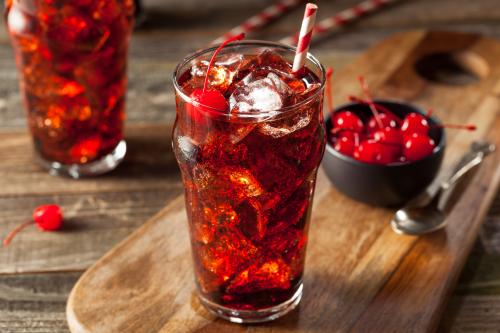 Orange is surprisingly delicious with both Coke and the coffee flavors of Kahlúa. Here, Grand Marnier's classic orange flavor serves to pull together these three ingredients in a delicious drink. 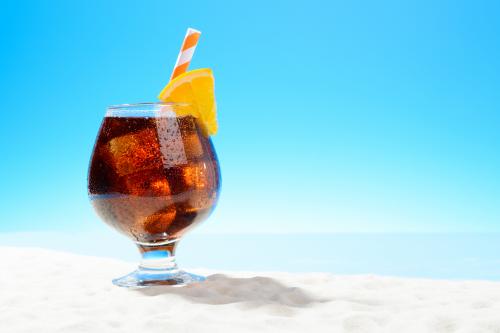 Drinks With Kahlúa and Rum

Kahlúa mixes very well with rum as well, particularly dark rum and spiced rum. It's really not surprising, since Kahlúa is a rum liqueur flavored with coffee.

The Dark n' Stormy is Bermuda's national cocktail, and it's made with dark rum and ginger beer. This delicious version adds another layer of complexity to an already delicious drink. 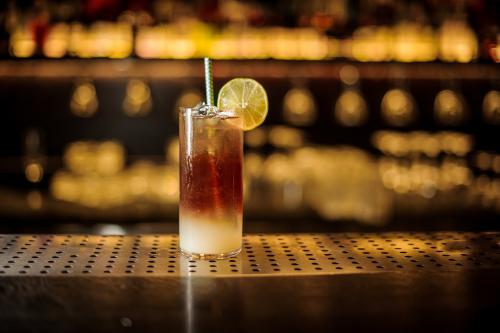 This is another delicious cocktail. Try it with either dark or light rum to see which you like best. 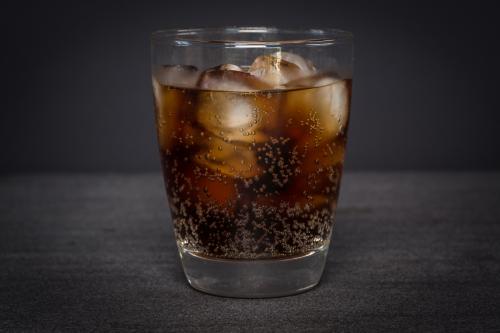 The 1980s brought about an explosion of sweet shots, many made with Kahlúa.

The B52 is a layered shot made with three liqueurs that, when carefully poured into a shot glass, will separate into easily definable layers. 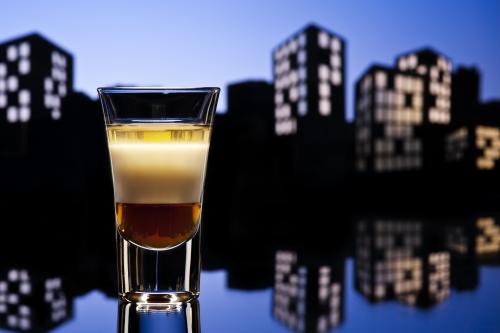 The name of this shot is really just a reminder of how delicious this four spirit shot is. 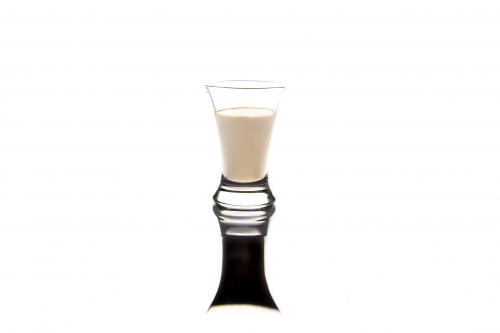 Pour all ingredients into a shot glass.

Unlike a typical espresso shot with raspberry, this one won't jack you up on caffeine, but it's still just as delicious. 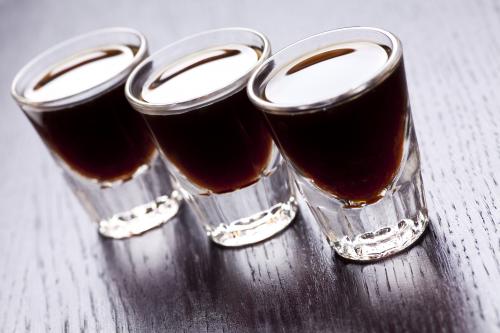 Combine both ingredients in a shot glass.

Who knows why shots are so named. This one is steeped in lore, with many claiming it was invented in Alaska, and many Alaskans proudly own the shot as a quintessentially Alaskan drink. 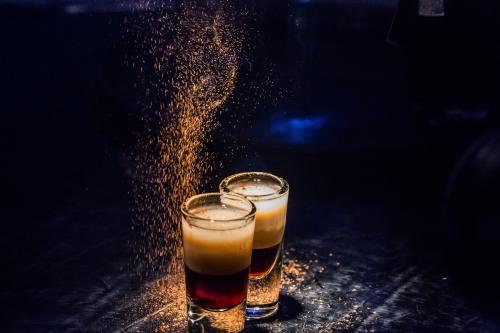 With coffee as its base flavor, it's no surprise Kahlúa is a popular add-in to hot beverages.

Simple and delicious, Kahlúa with hot chocolate is a perfect winter warmer. 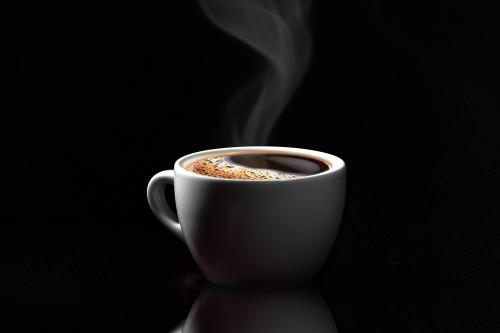 Combine the coffee and Kahlúa in a mug. Stir to mix.

Create your own Kahlúa cocktails with mixers that blend well with the coffee-flavored liqueur. For example, you can add root beer and ice cream to make a grown-up root beer float.

Many people like to drink Kahlúa straight or on the rocks, and if that's your jam, then definitely do this. Whether you like it chilled on ice or at room temperature, sip your Kahlúa and enjoy the smooth coffee flavors.

If you are a coffee lover, you're sure to enjoy these Kahlúa drinks. Experiment on your own by adding other liqueurs for extra flavor, such as Amaretto. Keep a bottle of Kahlua on hand, and try mixing up a few recipes for your next dinner party for a more adult take on after dinner coffee.