Determining the best bourbons for cocktails or sipping is highly subjective, and there are plenty to choose from. Congress named bourbon "America's Native Spirit" because it was created in the United States and can only be distilled there. By law, bourbon's grain mash must contain at least 51% corn, which lends the spirit its distinctively sweet flavor. Find some of America's best bourbons from both mass-market and craft distillers.

What makes a bourbon perfect for cocktails? It's a combination of smoothness, affordability, and how the bourbon balances with traditional cocktail ingredients. And while particular bourbon brands might taste best in certain cocktails, a good general cocktail bourbon is Maker's Mark Bourbon Whisky, a smooth and affordable Kentucky bourbon that won't cost an arm and a leg but will play well with other cocktail ingredients. More than 230 consumers at Total Wine & More rate this bourbon 4.7 out of 5 stars, calling it smooth and approachable. It's a relatively sweet and rich 90-proof bourbon, and you'll pay less than $25 for a bottle.

Customers at Flaviar.com buy a lot of Blanton's Original Single Barrel Bourbon, and they like it just fine, thank you very much. More than 2,300 customers have rated this bourbon 8.8 out of 10 stars, and more than 8,500 reviewers in the Distiller.com community rate it at 4.3 out of 5 stars. Wine Enthusiast awarded the bourbon a 96 point rating. It's a spicy bourbon with hints of caramel and nutmeg, and it contains 46.5% alcohol by volume (ABV). You'll pay around $175 per bottle, but even the bottle itself is a keepsake with its faceted construction and pewter cowboy on a horse stopper. 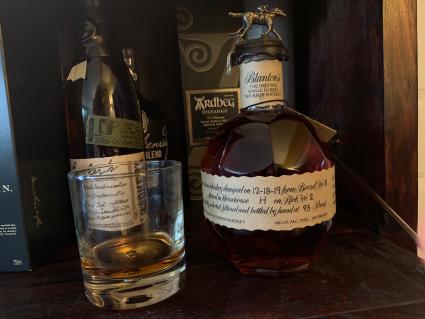 VinePair lists Old Grand-Dad Kentucky Straight Bourbon as its best budget bourbon for 2020; expect to pay about 17 bucks for a bottle. It's a smooth 80-proof bourbon with light sweetness and hints of cinnamon and caramel, along with plenty of spice from the high rye content in the corn and grain mash used to produce it. 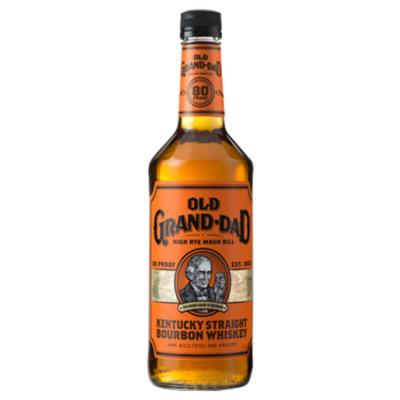 The Robb Report calls Four Roses Al Young 50th Anniversary Small Batch Bourbon one of the best bourbons of the 21st century so far. Commonly referred to as "Al Young," this bourbon is a blend of four separate bourbon recipes from Four Roses. It's difficult to find at a good price, especially on secondary markets, so if you can find it and afford it, snap it up. Release price was around $150, but you'll pay a premium now. Expect sweet honeysuckle and caramel flavors. You'll be hard-pressed to find a better bourbon.

Angel's Envy bourbon is made in small batches and finished in former Port wine barrels. The result is a sublime bourbon with fruity and toasted flavors that Wine Enthusiast rated a whopping 98 points. It's a 43.3% ABV bourbon with toffee and maple notes balanced with the flavor of candied orange peel, and it won't cost you an arm and a leg. Expect to pay about $45 for a 750 mL bottle. 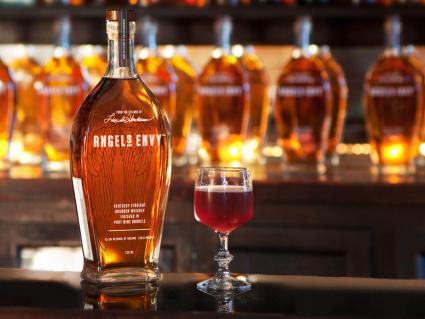 Liquor.com gives a nod to Wild Turkey spiced bourbon as one of its top-rated flavored whiskies. Made in Kentucky, this spiced bourbon is 43% ABV. Expect notes of vanilla and allspice in a $50 bottle of bourbon.

Wine Enthusiast rated Basil Hayden's Kentucky straight bourbon 93 points, calling it a "best buy." Customers at Total Wine & More agree, rating it 4.7 out of 5 stars. It's a light, smooth bourbon that's perfect for sipping on the rocks or neat; expect an easy-drinking bourbon with almost no burn and plenty of complex flavors and aromas. You'll pay about $50 for a 750 mL bottle of Basil Hayden's.

For those who like their bourbon strong, you can't go wrong with Stagg JR barrel proof straight bourbon whiskey. VinePair lists it as one of their top barrel-strength bourbons. At 135 proof, it's a powerful, hot bourbon with notes of caramel and spice. You'll pay between $250 and $350 for a 750 mL bottle.

Pappy Van Winkle (distilled by Buffalo Trace) is both hard to find and expensive; hence, the bucket list designation. It's widely recognized as one of the world's finest bourbons. You'll pay about $2,000 for the 15-year reserve 750 mL bottle, which is a 107-proof whiskey that critics have called "flawless." It's a once-in-a-lifetime bottle of bourbon for those who prefer the finest.

Bourbon is a great base whiskey for an old fashioned cocktail, and there are plenty of delicious bourbons that blend beautifully with a little sugar and some cocktail bitters. VinePair lists the high-rye formula of Bulleit straight bourbon frontier whiskey as an excellent choice in your old fashioned because the rye adds bite and spice that balances the sweetness of the sugar beautifully. Expect notes of orange, spices, and vanilla. You'll pay about $25 for a bottle, so it's an affordable choice.

A Manhattan cocktail blends cocktail bitters, bourbon, and sweet vermouth in a sweet, slightly spicy, and well-balanced mixed drink. According to Whiskey Watch, Woodford Reserve bourbon fits the bill perfectly as a well-rounded, lightly spicy bourbon that's the perfect foil for sweet vermouth. The Ultimate Spirits Challenge rated the bourbon 95 points, at it's affordable at about $35 per bottle.

In fall and winter, warm up with a soothing and sweet hot toddy made with Buffalo Trace Bourbon. It's an affordable bourbon (you'll pay under $30 per bottle), and the notes of caramel and spice create a perfectly balanced hot toddy when combined with lemon, honey, and sugar.

When the holidays roll around, one of the most satisfying seasonal cocktails is alcoholic eggnog. And while enthusiasts debate which distilled spirit is best with eggnog, bourbon lovers happily choose a good bourbon whiskey to add to their holiday cocktail. Breckenridge bourbon whiskey is a blended high-rye bourbon made in Colorado that has a fair amount of zip and spice to bring balance to the creamy sweetness of the eggnog. Expect aromas of honey, orange, and butterscotch to add complexity to your favorite holiday tipple. Whiskey Advocate rated the Breckenridge Bourbon Whiskey 91 points, and you'll pay about $60 per bottle.

Whiskey sours are a combination of sweet, tart, and strong that call for a flavorful bourbon. However, because of the nature of the cocktail, you don't want to use your finest bourbon, as its subtleties may get lost in the drink. The Manual asked bartenders which whiskies they liked for whiskey sours, and one of the top bourbons was Russell's Reserve 10-Year bourbon whiskey. It's a lightly sweet, clean bourbon that brings balance to the quintessential whiskey cocktail. You'll pay around $40 for a 750 mL bottle. 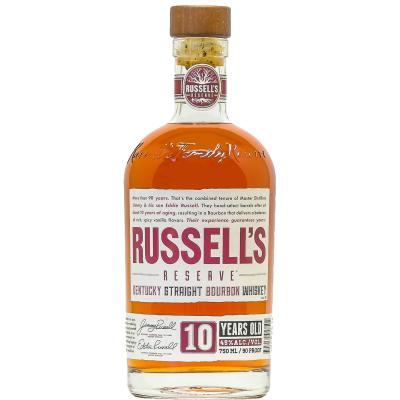 Four Roses small batch bourbon is a fruity, slightly sweet, lightly spiced bourbon that brings balance to the gingery bite of a Kentucky mule. In fact, Distiller.com chose it as its top bourbon for a Kentucky mule, which also contains fresh lime juice and ginger beer. It costs around $35 per bottle. 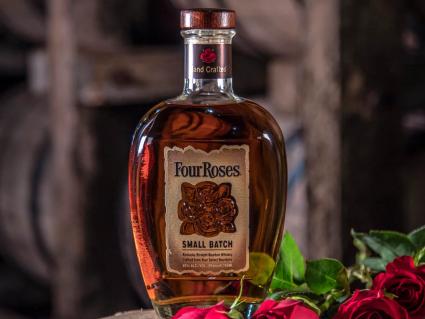 Much like Scotch whisky has become Scotland's native spirit, bourbon became the United States of America's. Bourbon is a uniquely American spirit, and distillers have gone to great lengths to craft satisfying and flavorful bourbons. With price points ranging from under $20 to thousands of dollars, there's the perfect bourbon available for every whiskey lover's taste and budget.