Whiskey Advocate named George Dickel Bottled-In-Bond Straight Tennessee Whisky as its 2019 Whiskey of the Year, and it's easy to see why. It's 50% ABV with flavors of caramel, vanilla, and flint.

This single copper pot distilled Canadian Rye Whisky is a combination of earthy and floral with notes of caramel and spices. At 43% ABV, the Lot 40 Rye Whisky is smooth and full-bodied. It's made from 90% Canadian rye and 10% malted rye.

Basil Hayden's makes highly-rated small batch whiskies, and the Basil Hayden's Dark Rye is a winner. At 40% ABV, it's a blend of Kentucky and Canadian ryes with a deep brown color and flavors of dried fruit, vanilla, and caramel.

Single malt Scotch is a tricky category; there are many fine single malts made by small distillers, and the prices range from reasonably affordable to breathtakingly expensive. One great overall single-malt Scotch value that is consistently highly rated and well-received, however, is Lagavulin's 16-year single malt. It costs around $100 per bottle, but the Scotch is worth the price for its consistency and tasty, balanced and harmonious flavors of smoke, sherry, and spice. It's an exceptionally smooth Scotch. 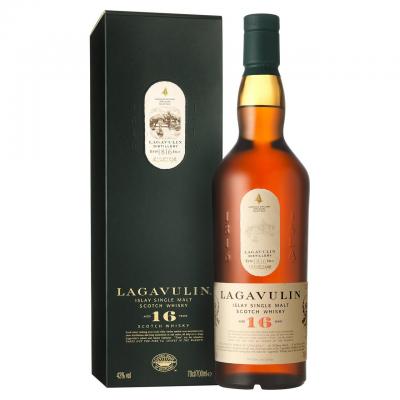 Japanese whiskies can stand up against some of the world's best Scotch, bourbon, and whiskey. With single malts, blends, peated whiskies, and more, you'll find a number of interesting whiskies from Japan. Vinepair lists Suntory Hibiki Harmony as one of the best Japanese whiskies in the under $100 range, and it's easy to see why. The 43% ABV blended whisky is well-balanced with flavors of orange zest, caramel, and cocoa. 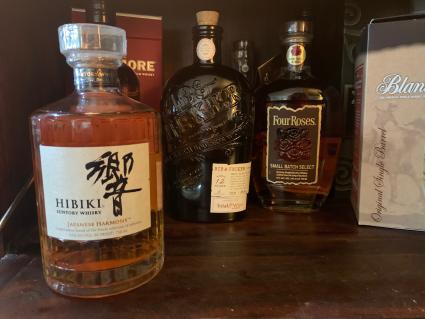 Wine Enthusiast lists the Japanese single malt, Nikka Taketsuru Pure Malt 21-Year-Old, as one of the smoothest whiskies on the market, awarding it 95 points. It's perfect for smooth sipping. You'll find a smoky whisky with notes of orange, apricots, and caramel in a 43% ABV whisky. Of course, all this smoothness comes at a price; you'll pay about $500 per 750 mL bottle.

Town & Country lists Stranahan's Single Malt Whiskey, which is distilled in Colorado, as one of the best whiskies to have for your bar cart. Expect notes of cinnamon, butter, caramel, and pear in a 90-proof whiskey.

Flavored whiskies are a different animal, but they've been gaining popularity in the last decade. Many are excellent for blending into craft cocktails, and some are delicious smooth solo sippers. There are a lot of flavors to try: cinnamon, peanut butter, peach, caramel, and brown sugar, to name a few. In fact, brown sugar bourbon is a great entrée into flavored whiskies; it drinks beautifully on its own and blends well into other drinks. Seattle-based Heritage Distilling's BSB 103 is one of the best according to California Winery Advisor. It's a high-proof bourbon (103 proof or 51.5% ABV) that's high-alcohol kick is balanced by the molasses sweetness of brown sugar and a hint of cinnamon. You'll pay about $45 for a 750 mL bottle.

8 of the Author's Favorite Whiskies

Which whiskey you like the best depends on your own personal palate. A dedicated whiskey lover, the author chooses the following among her favorite whiskies.

The Bib & Tucker 12-Year Bourbon Barrel Select is a true whiskey revelation. It's a small batch Tennessee whiskey with hints of vanilla, maple, fruit, and spice, a complex aroma, and exceptional smoothness. This is a sipping whiskey at its finest; you'll pay about $170 for a 750mL bottle. 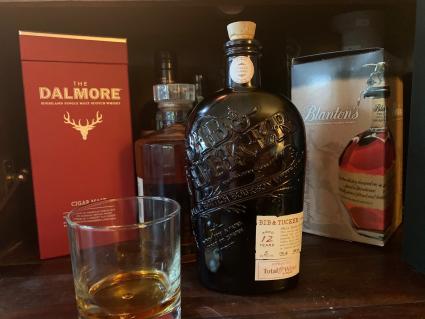 Westward Whiskey is distilled in Portland, Oregon. The distillery makes several exceptional whiskies, but the American Single Malt is a personal favorite. Expect notes of vanilla and brown sugar along with a finessed and smooth finish. The 90-proof whiskey costs around $70. 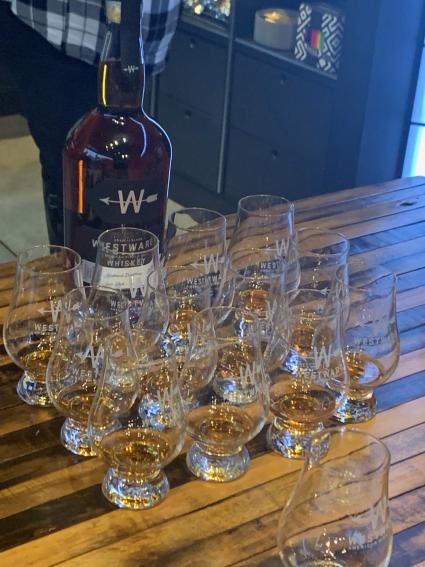 A good Scotch whisky doesn't have to break the bank, and at around $30 per 750 mL bottle, Monkey Shoulder Blended Scotch is affordable enough to drink every day, and it's still an excellent Scotch, especially for beginners to Scotch or to the budget-minded. The Scotch whisky is floral and citrusy with notes of wood and spice.

If you like a smoky, peated Scotch whisky, then Compass Box "The Peat Monster" is definitely one for your list. Is a 46% ABV blended Scotch using whiskies from different regions. The finished product offers plenty of smoke and a surprisingly elegant flavor profile. Enjoy it for about $70 per bottle.

Looking for a refined Scotch whisky you can enjoy with a high quality cigar? The Dalmore Cigar Malt Reserve is aged in Sherry casks, bourbon casks, and Cabernet Sauvignon casks. The 44% ABV single malt is complex and smooth with a deep mahogany color and notes of toffee, vanilla, and tropical fruit. This is an exceptional Scotch that you can enjoy with or without a cigar. Expect to pay about $175 per 750 mL bottle. 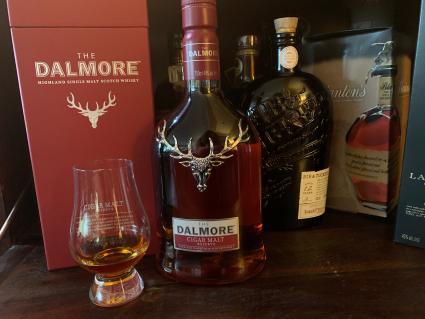 In 2014, the Ultimate Spirits Challenge named Nikka Coffey Grain Whisky Japanese Whisky of the Year. It's a single grain corn whisky distilled in a Coffey still, and it has flavors of tropical fruits with notes of caramel and vanilla. You'll pay about $75 per 750 mL bottle for this 90-proof whisky. 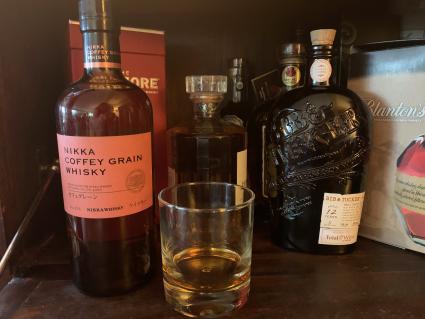 Four Roses Small Batch Select Bourbon is a finessed, delicate bourbon with exceptional smoothness and a great price point. Wine Enthusiast rated the bourbon 95 points. It's a great bourbon for people on the fence about whiskey, and it's a tasty for sipping neat or using in cocktails. You'll pay about $90 per 750 mL bottle. 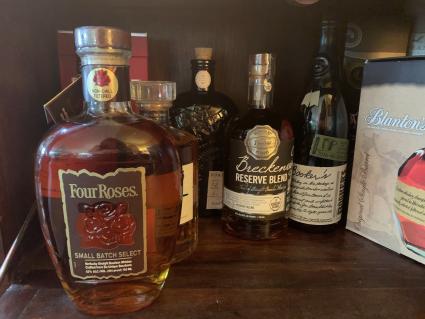 Maple and bourbon make perfect mates, and with a hint of smoke, smooth maple and spice flavor, and exceptional balance and smoothness, this is one of the best-tasting flavored whiskies around. The Knob Creek Smoked Maple Bourbon is 90 proof, and it's easy to find in most liquor stores. Best of all, it's super affordable at about $30 per bottle.

Whiskey for All Tastes and Budgets

You don't have to be an afficionado to enjoy a good whiskey; it's a matter of finding a whiskey that you like, and there are plenty to choose from. One way to find some great whiskies with flavor profiles you enjoy is to join a whiskey tasting club, such as Flaviar, which sends quarterly tasting boxes to help you find what suits you best. By tasting various whiskies, you're sure to find one you love.