The definition of manly cocktails is changing. While manly drinks used to mean something such as "whiskey, neat," or a shot of tequila, today's men can feel safe drinking any cocktail they want. So belly up to the bar and order a manly cocktail that defies expectations.

6 Manly Cocktails With Fruit or Mint

Fruit, mint, and hard liquor go together, so even the most manly man shouldn't eschew fruity or minty cocktails. After all, what's the perfect accessory for a well-dressed man? Why, a cocktail with a sprig of mint or a dash of fruit, of course! And if your idea of a delicious drink is a fruity tiki cocktail with an umbrella in it, then by all means, drink it with gusto. Or, give some of these fruit-forward or minty cocktails with a masculine edge a try.

Buses! Dogs! Regardless of what manly things greyhounds make you think of, they can't be better than this simple vodka and grapefruit cocktail. It has a hint of fruit, and it's the perfect cocktail for the man who enjoys his mixed drinks on the sour side. Because this cocktail is so simple, choose a premium vodka for best flavor. 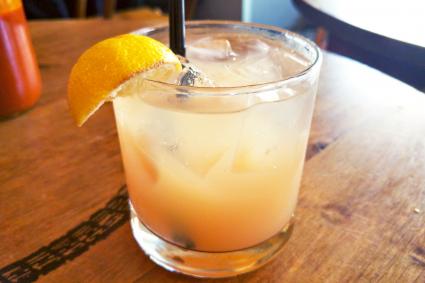 Whiskey and mint go together, so gentlemen start your engines! While the quintessential version of the whiskey smash, the mint julep (which is made with bourbon), is associated with horse racing and the Kentucky derby, you can create your own manly outing (Billiards? Surfing? Croquet? NASCAR?) to go along with this one. Use your favorite whiskey for a satisfying, citrusy and minty cocktail. 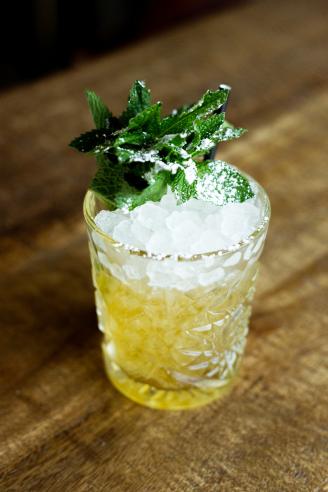 Real men drink pink! Sure, cranberry juice may make pink drinks, but that doesn't mean it can't be part of a manly cocktail. This simple cocktail is pleasantly tart and satisfying. 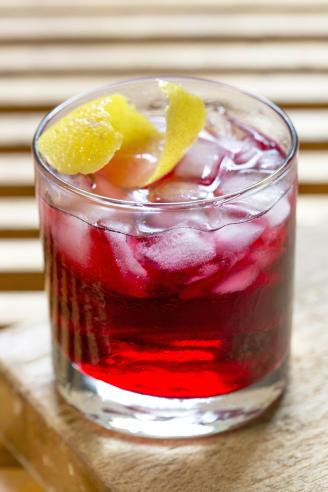 Perhaps you've heard that in Russia, men (and women) love their vodka. Now, add some lime and ginger beer, and you've got a real, manly cocktail, especially when you serve it in a cool copper mule cup. The Moscow mule is fizzy with a hint of warm spice and a nice lime flavor - kinda like your favorite aftershave scent. You can also add muddled fruit, such as a few blackberries, to add more fruit flavor. This is the basic version, add fruit as desired. 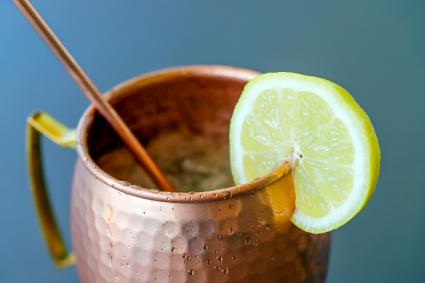 What floats like a butterfly and stings like a bee? Nope - not Muhammad Ali (although that would also be a correct answer), but the stinger cocktail. It's a spare, simple drink with a punch-you-in-the-face boozy mint flavor that's way more enjoyable than actually being punched in the face. It's made with white crème de menthe and the French brandy, Cognac. The result is a boozy beverage made for mint-loving men who want a drink that packs a wallop.

British gents like booze too, and Pimm's is a sophisticated British fruity liqueur. This cocktail is the perfect refreshing summer drink for the dashing British gentleman. 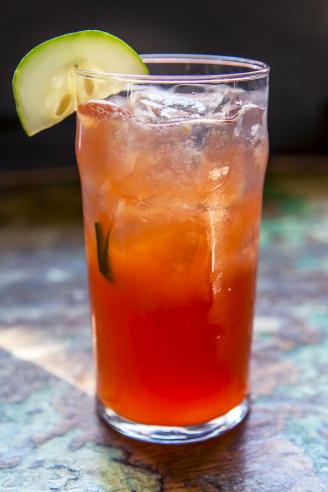 Many men like a little sour with their sweet, making classic sours a perfect expression of manhood. Sweet and sour drinks have the ideal balance of tartness and sweetness, so they make a refreshing manly cocktail. A classic sour recipe contains 1 part sweet (sugar, simple syrup, or a cordial), 1 part sour (typically lemon juice, lime juice, or a combination), and 2 parts strong (hard liquor such as vodka, tequila, rum, gin, or whiskey).

Just the name of this drink has macho appeal. A classic sour cocktail with a cool name, the kamikaze is a tart and refreshing blend of lime juice, triple sec, and vodka served straight up in a rocks glass and garnished with a lime wedge. 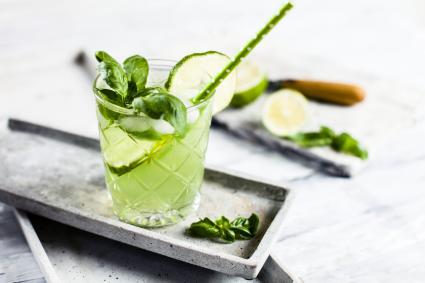 Is there anything that says manly drink more than a cocktail named after a dude? Well, actually, it's named after a hoax from the 1870s called the Tom Collins Hoax in which people would claim some guy named Tom Collins was talking smack about other men. It spawned sightings, stories, and eventually this classic cocktail that's a simple fizz cocktail-a sour mixed with a fizzy element. 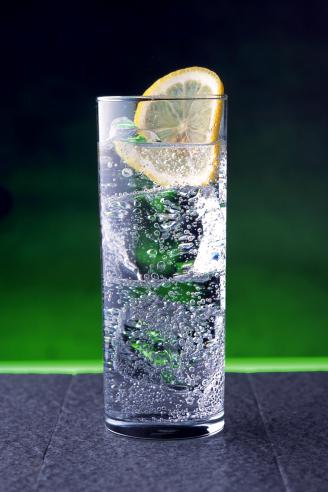 Men, you can't go wrong when you order a gin and tonic. It makes you the kind of guy who enjoys simple pleasures, because the G&T is another classic drink many men love. It's similar to a Tom Collins, but the fizzy element is bitter tonic water. 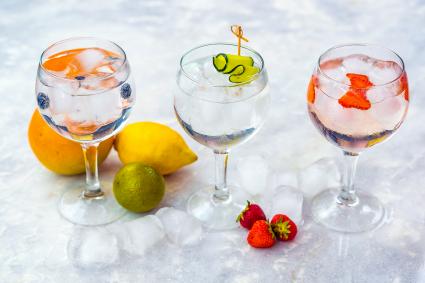 Just the name, 'whiskey sour' sounds like something a dude would drink. And the whiskey sour is a great way to enjoy whiskey. It's a classic sour cocktail made with what some would argue is the most macho hard liquor of all - whiskey. You can also try a pisco sour, a similarly structured drink made with the Chilean brandy called pisco. 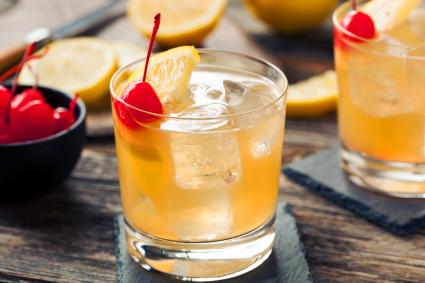 For the man who likes his whiskey on the smoky, spicy side, raise a glass! Because even nice guys like a bit of heat. The penicillin cocktail is a smoky and spicy sour containing two types of scotch and a ginger-infused simple syrup. 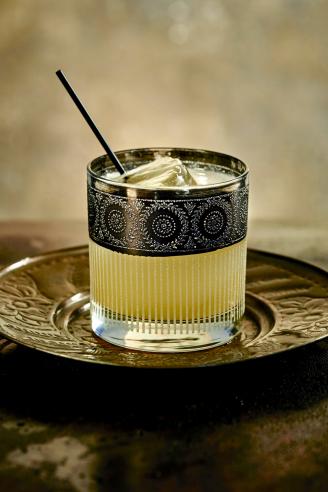 Men of the world can never go wrong with the classics. Of course, classic 'manly cocktails' aren't for men only, just as girly bar drinks aren't just for the ladies. So go with your taste buds and order what pleases your palate. And if you like your drinks to fit comfortably like your favorite pair of jeans, then enjoy these classic manly cocktails.

The old fashioned is a classic cocktail that has been beloved by men (and ladies) for generations. With some type of whiskey (often rye or bourbon), a dash of cocktail bitters, and a sugar cube, this drink is as macho as it gets. It's also an exceptionally balanced way to enjoy your favorite whiskey. 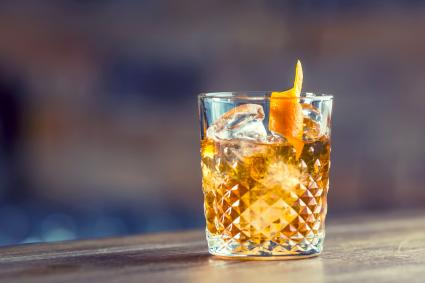 Tell the world you chew on nails and spit them out of your manly mouth by ordering a rusty nail. This combination of blended Scotch and Drambuie just sounds dramatically, magnificently masculine. Garnished with a lemon twist, the blend of flavors here brings out the sweet and smoky notes in Scotch. 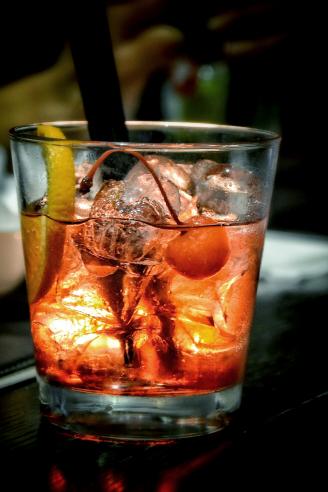 This dark rum cocktail is no flooffy, fruity tropical drink. Instead, it's a brooding, dark tiki drink made from dark rum and ginger beer that tells the world that sure, you might be on a tropical vacation, but inside you're just as dark and mysterious as a growing storm on the Bermuda horizon. If you like ginger and the warm flavors of dark rum, this is the drink for you. 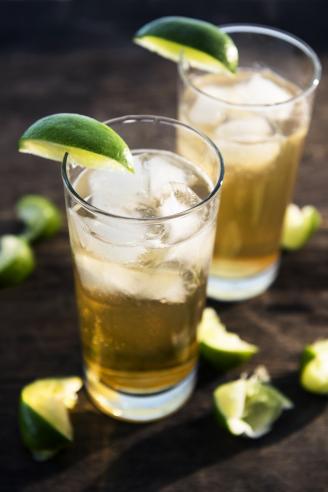 Oh sure, a martini is a manly enough drink. After all, it was good enough for 007, who especially loved a vesper martini. But why not dirty it up a bit with a little olive brine? The dirty martini says, "I'm suave and sophisticated with a little bit of an edge," the perfect manly message to send with your cocktail. 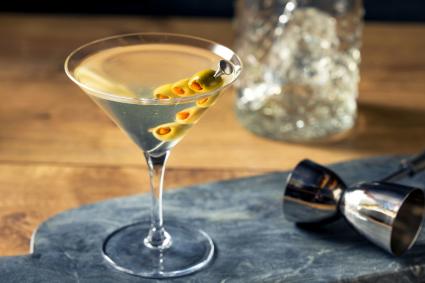 Heck, this drink has man in the name - or, more specifically, men - and it uses hard liquors named after men. How could it not be one of the manliest drinks of all time? So swagger on up to your nearest bartender and ask for a four horsemen so you can spend time with your bros Jack, Jim, José, and Johnny. This drink is strong with a distinct boozy burn. It's a straight-up shot, but with four manly spirits instead of one. 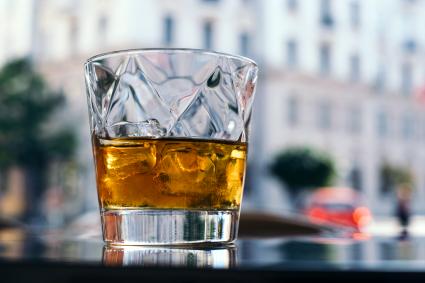 "Liquor before beer, nothing to fear; beer before liquor, never sicker," or so the saying goes. But....what if it's liquor in beer? What could be more macho than that? The boilermaker is easy to make. Drop a shot of bourbon or rye into a mug of beer and take it down. What's it taste like? Pretty much like beer with whiskey in it. Manly!

Any drink can be a manly drink simply by the fact that a man drinks it. Still, if you're looking for a drink with that gives you the liquid courage to go out and wrestle alligators, then give these macho beverages a try.

Manly Drinks Are Not Just for Men

Of course, manly drinks aren't just for men. So ladies, feel free to set aside your ladylike pink cocktails and have a drink with the boys. The simplicity of the cocktails and the strong flavor profiles are perfect for any gender.