Gin is one of the few liquors that is not meant to be sipped alone, but rather mixed into cocktails. Its herbal flavors mix well with all kinds of mixers, lending itself to an array of delicious cocktails.

The British East India Company originally developed the gin and tonic to fight malaria. They made the cocktail to disguise the bitter taste of quinine, which prevented and treated the disease. The drink remains popular today due to its simple nature and its bittersweet flavor and refreshing quality.

Martinis have become tremendously popular in all sorts of forms. You can order fruity martinis, dry martinis, drinks with vodka, and every creamy martinis. The cocktail that started it all, however, is the classic martini, which is made with gin, dry vermouth, and a Spanish olive garnish. Martinis have been popular since the late 1800s, and they remain a staple among mixologists. Author E.B. White called the martini the "elixir of the quietude." It is a dry, cool drink with an herbal character.

This sweet, fizzy cocktail tastes like lemonade with some gin in it. It's a refreshing drink that people enjoy on warm summer days. The drink recipe actually arose from a hoax in 1874 in New York where people would ask, "Have you seen Tom Collins?" Nobody ever had, and eventually people began reporting Tom Collins sightings all around the city. A Tom Collins drink recipe first appeared in the Bar-Tenders Guide that same year.

The Tom Collins is the most popular of a number of Collins drinks and is a commonly ordered drink in bars around the country. 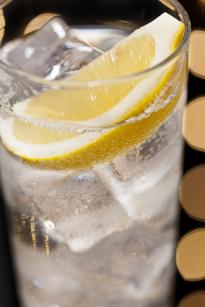 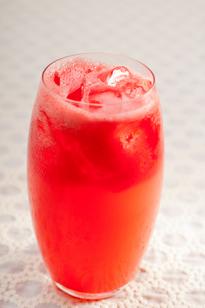 This fizz drink contains sloe gin. It is a fruity, sweet gin drink that goes down easily. In fact, its sweet drinkability likely accounts for its popularity. Sloe gin tastes like plums while simple syrup adds sweetness to the drink. Carbonated water makes the drink fizzy and refreshing.

The negroni is made with equal parts gin, sweet vermouth, and Campari. The cocktail itself has a bitter quality, so it serves best as an apéritif to awaken the taste buds. What's interesting about the negroni is that it looks like it will be a sweet fruity drink, so it's surprising when it is bitter. People enjoy the mouth pucker of the drink, which makes it a popular gin drink. Most negroni recipes are exactly the same, with little or no variation. 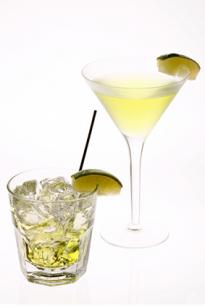 This refreshing drink, made from gin, lime juice, and a little simple syrup, is sour and delicious. The lime complements the herbal flavors of the gin. People who love lime enjoy the gimlet, which can also be made with vodka. The gimlet is named for the sharp taste of the drink. A gimlet is a tool that drills holes, so it is sharp and piercing. 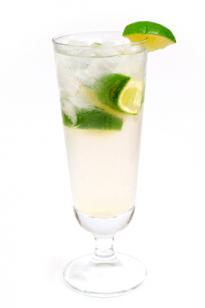 Lime Rickeys contain three simple ingredients: lime juice, gin, and soda water. This makes for a refreshing and tart lime flavored drink that has a nice herbal character to it. Unlike the gimlet, the Lime Rickey has no sugar, so it is a very tart drink.

The original Rickey was made with bourbon in the 1880s. However, within 10 years, the Gin Rickey became the drink of choice. While this drink may sound vaguely old-fashioned, many people enjoy its tart and refreshing flavors and minimal sweetness, so it remains a popular drink. 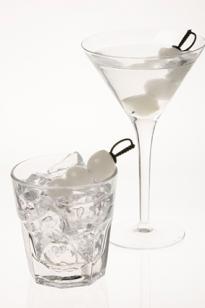 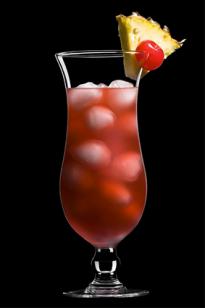 This fruity drink is reminiscent of a tasty tropical cocktail. It was created in the early 1900s at a bar in Singapore and named the gin sling. As it spread in popularity throughout the world, it was renamed the Singapore sling.

The cocktail tastes like fruit punch with just a touch of bitter and a touch of herbs. Many people love its sweet, juicy flavors, making it a popular drink.

The Long Island iced tea contains multiple shots of different types of liquor, including gin. With such a high alcohol content, the drink is very strong, which many people really enjoy. Even with so much alcohol, however, the drink goes down easily, which also may account for its popularity.

Drinks made with gin come in a wide variety of flavors, with varying degrees of sweetness. Even if you think you don't like gin, try it in its intended use - mixed with other ingredients to make fragrant and tasty drinks. There are enough gin cocktails that even the pickiest person is bound to find a gin drink he or she loves.