When considering spirits, some people struggle to understand the difference between whiskey, bourbon, and scotch. While there are basic similarities in scotch, bourbon, and whiskey, each has characteristics and manufacturing practices that make them unique.

Whiskey is the main category into which bourbon and scotch both fall. All bourbons and scotches are whiskey; not all whiskey is bourbon or scotch.

Whiskey Is a Distilled Grain Spirit

According to Whiskey Advocate, whiskey is a distilled spirit that is made from grain. All other distilled liquors are made from other sources. For example, brandy, such as Armagnac or Cognac, comes from grapes. Whiskey makers use malted barley or other grains to make the spirit. They soak the grains in hot water to release the sugars and then add yeast to ferment the sugar into alcohol. Finally, they distill the liquor and age it in barrels.

Tennessee whiskey is a type of corn whiskey made in the state of Tennessee.

Irish whiskey, as the name indicates, is whiskey distilled in Ireland.

Canadian whisky is distilled in Canada.

American rye whiskey is made from corn and rye, with at least 51 percent of the grain being rye. It is primarily distilled in Kentucky. It is aged in new American charred oak barrels. Try it in an old-fashioned.

The terms whiskey and whisky come about primarily from geographic differences. In the United States and Ireland, grain alcohols are referred to as whiskey, while in Canada and Scotland, they call it whisky.

Bourbon is a type of whiskey.

All bourbon is whiskey, but not all whiskey is bourbon. 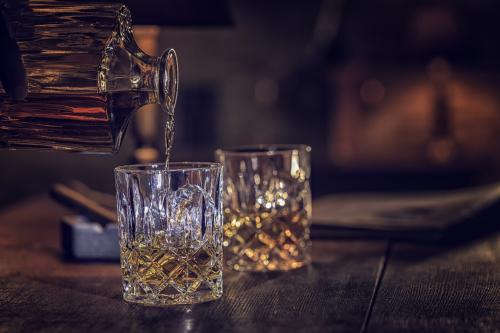 What Makes It Bourbon?

U.S. laws regulate what manufacturers can label as bourbon.

Made in Scotland, as the name indicates, scotch whisky is distilled from malted barley and other grains.

The first difference is that scotch whisky is spelled without the "e" in whiskey. All Scotch is whisky (or whiskey), not all whisky is Scotch.

The UK has legal regulations for the manufacture of Scotch whisky that include:

Scotch whisky is available in different types, including:

Summary of Scotch vs Whiskey vs Bourbon

The table below summarizes some of the key differences. While the flavors vary depending on who makes the whiskey and how they make it, flavor and color notes are general. 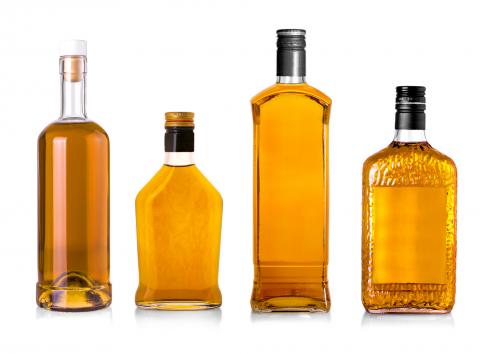 Difference Between Scotch, Bourbon, and Whiskey

All of these differences result in variations in flavors, sweetness, and smoothness of the spirit. Determining which best suits your tastebuds is a matter of experimentation with various types and brands of whiskey. The next time you're out on the town, try a different type of whiskey on the rocks, or enjoy it in a cocktail or hot toddy to determine what you like.