Ginger beer makes a fantastic cocktail mixer. With the spicy bite of ginger and gentle fizz, ginger beer is best known for its use in the classic Moscow Mule, but it's excellent in other cocktails, as well.

This twist on the classic is a lovely sweet tart flavor combination with the bite of ginger. It makes one drink. 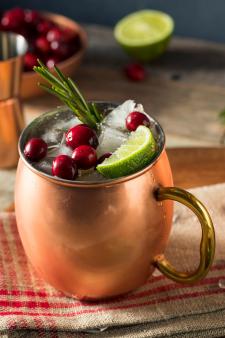 For a refreshing summer beverage, try this delicious ginger-flavored lemonade. This recipe makes one cocktail.

Have a refreshing iced tea with a kick with this tasty summer beverage. It makes one cocktail. 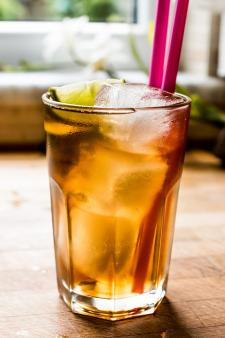 The bite of ginger makes ginger beer a wonderful add in for other cocktails as well.

While you could substitute ginger ale for the ginger beer in the above drinks, you won't get the pronounced ginger flavor that makes ginger beer such a delightful mixer. Ginger beer is fermented and has a stronger, sharper ginger flavor and about .05 percent alcohol (technically making it a non-alcoholic mixer). It is also slightly less carbonated than ginger ale, which is a carbonated soft drink.

If you love the flavor of ginger, then see what ginger beer can bring to a cocktail. It's a versatile mixer that can add complexity and variety to your cocktail repertoire.