Rumor has it that finding the best vodka is difficult since vodka is a neutral spirit. In fact, nothing could be further from the truth. While vodka has more of a neutral flavor than other spirits, there are subtle flavor, aroma, and mouthfeel differences based on the ingredients and water used as well as how well the vodka is distilled and filtered. So while the differences may be subtle, true vodka afficionados recognize that a quality vodka makes a big difference in cocktails or for sipping.

What makes a vodka the best overall? It's a combination of flavor, mixability, distillation, and price. Breckenridge vodka, which is distilled high in the Colorado mountains, ticks all of those boxes. It's a well-distilled, corn-based vodka that's affordable, plays well with other ingredients, and receives top ratings from tasters. You'll pay about $25 for a 750 mL bottle. It's one of Flaviar's top rated vodkas, receiving 9.1 out of 10 stars. It's a clean vodka with light floral and mineral notes that comes from an award-winning distillery.

Wine Enthusiast's top rated unflavored vodka in 2019 comes from Old Republic Distillery in Pennsylvania. It received a 93-point rating from the publication. Expect an extremely smooth small-batch vodka with subtle citrus notes for under $40 per bottle.

VinePair lists Fair Quinoa Vodka as one of its best tasting vodkas under $50. Tasters at Flaviar rate this French vodka 8.3 out of 10 stars. The Bolivian quinoa used in the distillation process lends a toasty, buttery, nutty flavor to this smooth and warm vodka, which will cost about $32 for a 750 mL bottle.

Distilled in Canada, Crystal Head Aurora Vodka comes from actor Dan Aykroyd. The container is a crystal skull, making it a fun gift, and the vodka it contains is pretty good, too. It's a lightly spicy, dry vodka made from English wheat that costs around $80 per bottle.

Boston Brands of Maine has made a truly unique vodka. Saltworks Property Himalayan pink salt vodka is infused with Himalayan pink salt (they also have a smoked sea salt vodka), which gives the vodka a viscous salinity that is pleasing on the palate. It also makes interesting cocktails with a lightly salty kick. Wine Enthusiast rated the vodka 92 points and included it on its list of top 100 spirits of 2019. While it's hard to find, it's still affordable; you'll pay about $20 for a 750 mL bottle.

Absolut Elyx is a small-batch, single estate vodka with a sterling reputation. In 2015, it made Wine Enthusiast's top 100 spirits list with a 96 point rating, and Liquor.com lists it as its top sipping vodka. Dry and clean, the vodka is distilled in a copper pot still, and it's delicious for sipping highly chilled or with a splash of soda. You'll pay about $35 for a 750 mL bottle.

VinePair's top cheap vodka under $20 is Organic Prairie Vodka. Reviewers at Total Wine & More rate the vodka 4.8 out of 5 stars, and you'll pay about $20 for a 750 mL bottle. Prairie Organic Vodka is distilled from corn, and it has melon and pear aromas and a smooth, clean finish.

Purity Vodka is Flaviar's top rated vodka in the $20 to $50 price range; consumers rate it at 8.6 out of 10 stars. It's an estate-grown and distilled Swedish vodka made from winter wheat and barley that is distilled 34 times for a smooth, clean finish. Expect top notes of citrus with flavors of black pepper and vanilla. You'll pay about $35 per 750 mL bottle.

Premium vodkas tend to range in price from about $50 to about $100. DrinkSpirits praises Beluga Gold Line Vodka (about $100 per bottle) as having one of the softest and smoothest aromas of any vodka, and you can expect lightly subtle citrus and vanilla notes in a smooth and creamy vodka. Each bottle comes with its own serial number; it's a limited edition release that's a delicious sipping vodka.

In the $100+ price range, Chopin Family Reserve Vodka is among the best. Expect to pay between $110 and $150 for a 750 mL bottle, and tasters at Total Wine & More rate it 5 out of 5 stars. Forbes notes that the young potato vodka is a triple-distilled, single ingredient vodka that presents the flavors of the place and land where the ingredients are grown, a concept known as "terroir" in the wine world. It's an indulgence, but one that is a revelation about just how good a vodka hand-crafted with care can be.

Stolichnaya (Stoli) Elit is a true Russian vodka made with pure local ingredients and processes. Wine Enthusiast rates the vodka 96 to 100 points, noting it's a dry, clean vodka with a sweet finish. The Beverage Tasting Institute rated it 97 points, and reviewers at Total Wine & More rate it 4.8 out of 5 stars. Expect to pay about $70 per 750 mL bottle.

Town & Country lists Belvedere vodka as the top Polish vodka brand to stock your bar cart with, while Distiller.com lists it as its number two Polish vodka, finishing just behind Chopin Potato Vodka (see below). The vodka is distilled from Dankowskie Gold Rye, which creates a creamy and clean vodka that costs under $20 per bottle.

Distilled in the Bay Area and inspired by the region's abundant wine and fog, the Hangar 1 Fog Point Vodka is distilled from Chenin Blanc and Viognier (white wines) and uses water captured from Bay Area fog. Wine Enthusiast rated this vodka 93 points, noting it has a silky mouthfeel and smooth taste. Expect to pay around $140 per 750 mL bottle.

Polish distiller Chopin makes what is arguably one of the best known potato vodkas on the market. It's a pure, single-ingredient potato vodka that the Beverage Tasting Institute rated 93 points and consumers at Total Wine & More rated 4.8 out of 5 stars. It's an off-dry, medium-bodied vodka with notes of potato and hazelnuts. You'll pay about $25 for a 750 mL bottle.

Made with the aloha spirit in Kula, Hawaii, Ocean Organic Vodka comes in a round, ocean-blue bottle that looks like a fishing net float. The Manual listed Ocean Organic Vodka as its best American vodka, and reviewers at Total Wine & More rate it 4.9 out of 5 stars. It's a well-distilled, smooth, clean vodka made from organic sugar cane and desalinated water from the Kona coast, which imparts a slightly sweet taste to this clean spirit. You'll pay about $35 for a 750 mL bottle.

Travel and leisure website Gayot selects Absolut Berri Acai vodka as its best tasting flavored vodka. Nearly 1,000 tasters at Influenster rate it 4.3 out of 5 stars. The vodka has flavors of blueberry, acai, and pomegranate for a crisp, lightly floral vodka that's delicious for sipping or to spruce up a vodka cocktail. You'll pay about $35 for a 750 mL bottle.

Vanilla-infused vodka adds a lightly sweet, spicy flavor to cocktails. While the vodka still needs to be well-distilled, the vanilla flavor allows a little more wiggle room in price and quality of the base spirit. Veil Vanilla Vodka is the sweet spot between affordable and flavor. Reviewers at Total Wine & More rate the vodka 4.7 out of 5 stars, and it will only cost about $12 for a 750 mL bottle. It's lightly sweet with a pure vanilla flavor.

Because vodka is a neutral spirit, it's used in an array of cocktails ranging from dry, to citrusy, to sweet and creamy. Grey Goose is a French vodka distilled from winter wheat. It's a clean, smooth, silky vodka that is great in a number of cocktails, and it has an affordable, middle-shelf price of about $30 for a 750 mL bottle. 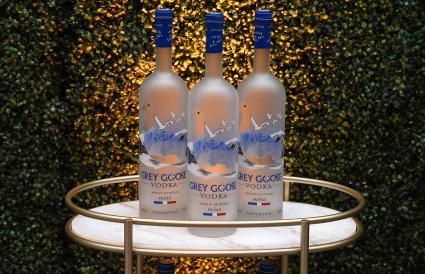 While a traditional martini is made from really good gin, vodka is also an acceptable spirit to combine with dry vermouth to make a vodka martini. Sapling vodka is a great pick for a vodka martini because it's creamy and smooth with a nice mouthfeel. The English vodka is distilled from English wheat, and it's affordable at about $30 for a 750 mL bottle.

VinePair lists Reyka vodka as its top vodka for a Bloody Mary. The Icelandic vodka brand is crisp and clean with a hint of spice that goes well with traditional Bloody Mary ingredients. It's distilled from wheat using geothermal energy and glacial water, so it's also an environmentally-friendly product. Almost 80 consumers on Masters of Malt rate the vodka 5 out of 5 stars. Best of all, you'll pay under $25 per 750 mL bottle.

If you prefer the bite of ginger beer with your vodka, then you'll enjoy Carbonadi vodka, which VinePair lists as one of their top vodkas for making a Moscow Mule. Carbonadi is an Italian vodka distilled from organic wheat and filtered through organic carbonados (black diamonds). The result is a smooth, crisp, ultra-premium vodka that's not only delicious in a Moscow Mule, but it is also excellent for sipping chilled or over ice. Expect to pay about $80 for a 750 mL bottle. 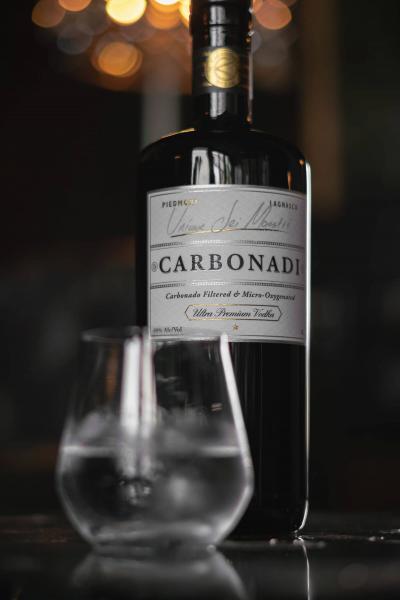 The subtle, sweet vanilla flavor of Pinnacle Whipped Cream Vodka adds sweetness and vanilla smoothness to creamy vodka-based drinks such as a white Russian, and it's super affordable at under $10 for a 750 mL bottle. It's not an ultra-premium vodka, but when you're blending it with cream and other sweet ingredients, it can add additional flavor notes to the finished product. 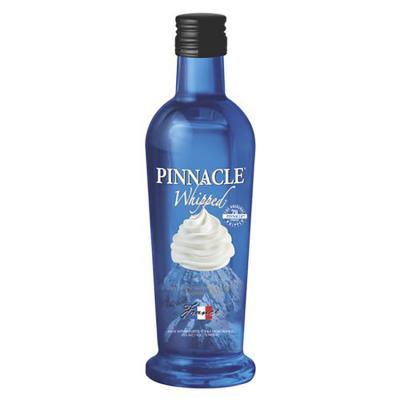 Many vodka-based mixed drinks contain citrus juice, which is why Absolut Citron is such a versatile vodka. It adds an extra hint of citrus flavors of lemon and lime that blend well with many cocktails, from a Cosmopolitan to a Kamikaze. Expect to pay about $18 per 750 mL bottle.

The Cosmopolitan cocktail is already pink and a little bit of a girly drink, so why not add to the color and citrus flavors by adding Pink Whitney, a pink-colored, lemonade-infused vodka from New Amsterdam? It'll jazz up your cocktail, and it only costs about $10 for a 750 mL bottle. 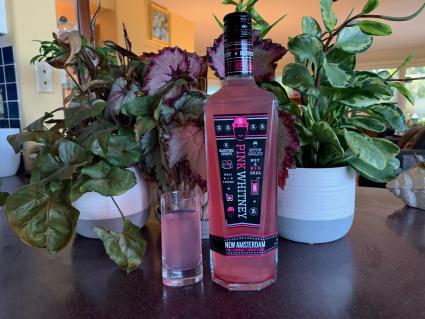 Lemon drop cocktails have a sweet and sour lemon flavor that is enhanced with lemon-flavored vodka. Deep Eddy Lemon Flavored Vodka, which is distilled in Texas, is a little sweet and a little tart, and it adds even more lemon flavor to this tasty cocktail. It's affordable, too, at about $16 for a 750 mL bottle. 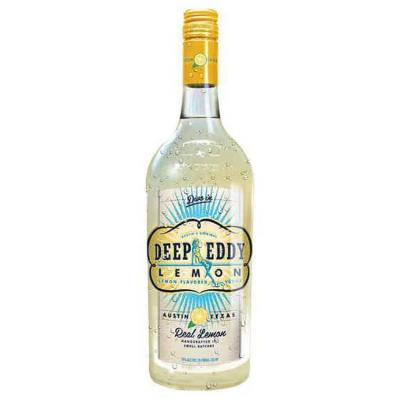 While vodka is a neutral spirit, it isn't nearly as neutral as you might imagine. Unless it is infused, the flavors and aromas in vodka are subtle. However, truly good vodka expresses both the ingredients with which it is made and the distillation and filtration processes used to create it. Whether you have $10 to spend or $200, there's a delicious vodka available that you're sure to love.